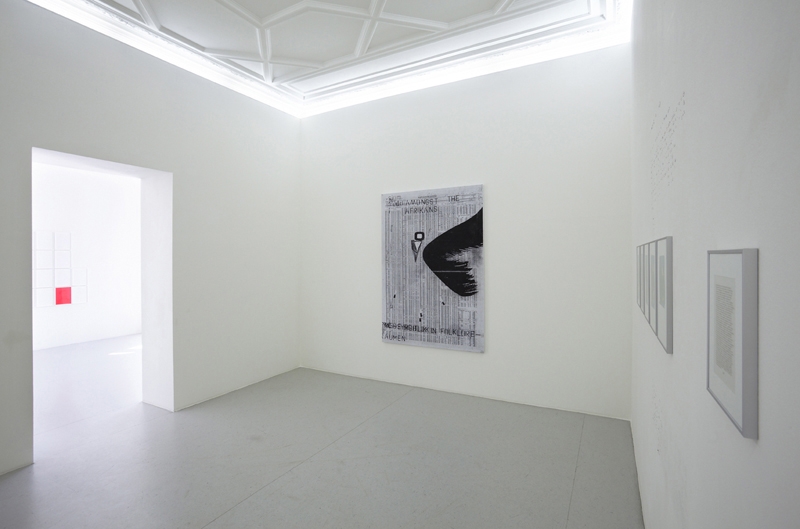 Often the “paintings” consists of original newspaper pages, which are each laminated on canvas and first edited with a felt-tip pen, then sent several times through a DIN A2 black-and-white copier. This process uses master illustrations as well as various cut-out copies of the originals. Thus, literally multi-layered paintings emerge whose production traces, similar to Wade Guyton’s inkjet paintings, constitute an essential component of the visual vocabulary.

Toner that runs out, creases in the newspaper paper or “grids” created by the edges of the copy;; deliberate technical “errors” that produce blurriness;; irregularities owed to the copying process – all these influence the aesthetics.

Despite the incorporation of these mechanical means, von Ostrowski’s works are never concerned with redefining or even questioning the concept of authorship as such. On the contrary, the interventions by pen present themselves explicitly as handwritten utterances.

The artist thus has blacked out certain sections – either in a decidedly geometric manner, for example when rectangles let entire blocks of text disappear, or in the spontaneous style of “abstract-expressionist” painting. However, the painterly effect only emerges when magnified: what in the original appears to be a lapidary “telephone doodle”, when enlarged suddenly materialises as an expressive brushstroke gesture.