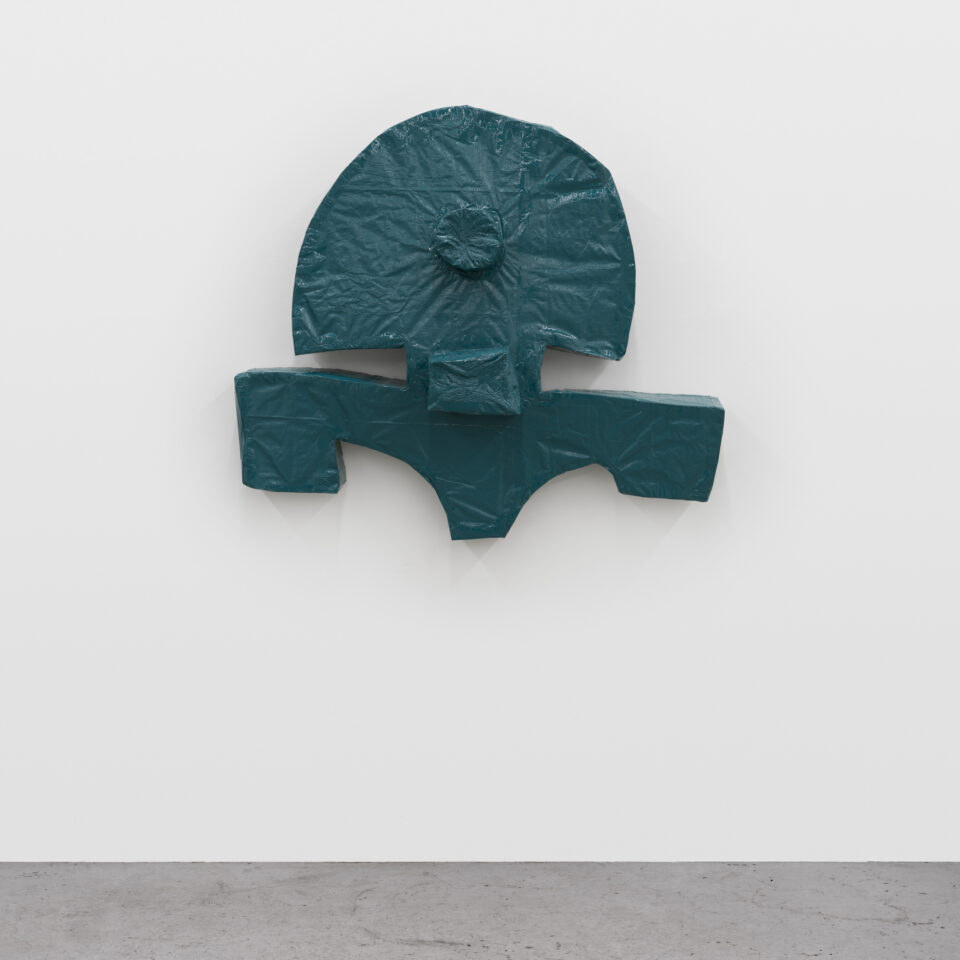 Boccato’s interest in defamiliarization takes a different route. The second series presents a new group of works. Begun in 2018, the group consists of concrete cast sculptures depicting sitting lions, which, similarly to the face reliefs, stare at the viewers, inviting their eye contact. The sitting lions are lifted off the floor, placed on the upper surfaces of ready-made elements and objects which the artist utilized as pedestals. The defamiliarizing effect of the lions is double. As replicas of garden lions or of gatekeepers, they rearrange the gallery’s inner space into a web of thresholds between indoor and outdoor spaces. At the same time, when positioned above ground, the sitting lions also revive the heraldic symbol of a rampant lion.  As a result, they transform the space into an indeterminate situation transcending the conventional distinctions between the inanimate and the revived, the symbolic and the actual, the imaginative and the material.

Much like the faceworks, the lionworks don’t translate the world into images, but materialize images into three-dimensional phantomic presences in real space.