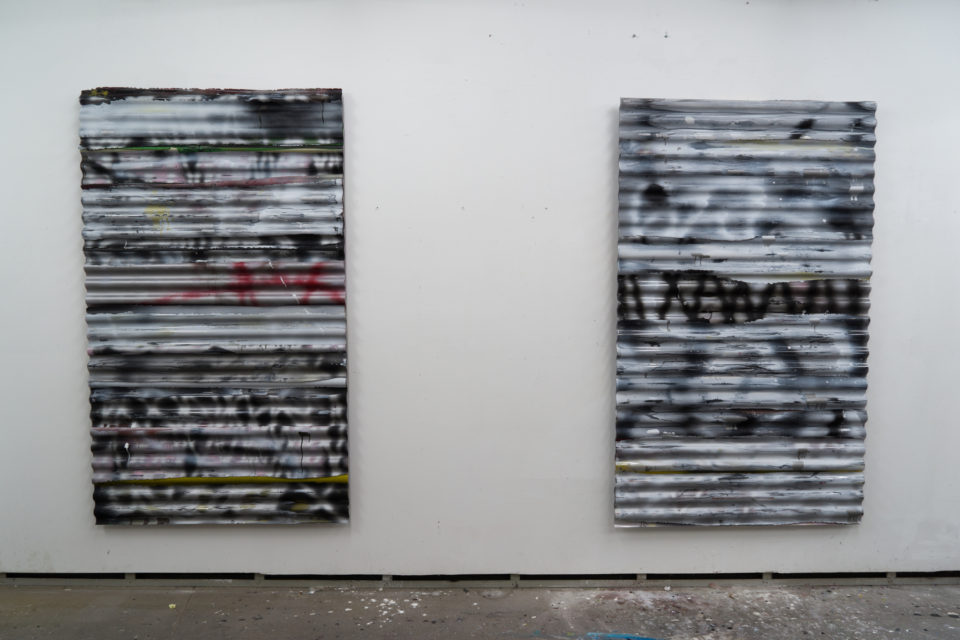 Having grown up in the post-industrial Ruhr area, Nils has always taken his incentives from the assumedly wrong and broken. The imperfect and the flawed are central vantage points of his work.

During his studies at Kunstakademie Düsseldorf in Tal R’s class, he continued to search for a form of painting-oriented expression that oscillates between „high“ and „low“ culture like a seismograph, capturing the minimal tectonic shifts that move him and others, choosing a carefully, playfully, dangerously reactive approach. The paintings are venues in which he goes on a rampage until the needed forms materialise. The methods of sampling and rearrangement compose the resonating cavities which he is comfortable to shout into.

Nils spent his youth doing graffti. When he started studying, he realised that, for him, graffti is a dead end. If there’s a way in which graffti has infuenced his work, then it lies in the nature of the coincidental moments when something fails.

To Nils, giving up traditional painting with a brush means acknowledging/working with the narratives that lie in objects/materials that do not directly call for his creative action. Their assumed errors become further factors of reference/manipulation.

Reflecting on the way non-fctional approaches enable creator and beholder alike to engage with „reality“, has lead him to further incorporate essayistic, non-fctional, dialectic methodologies into his work. Contradiction, opposition, negative capability – the ability to remain in a state of insecurities, secrets and doubts without nervously looking for facts and reason – as well as appropriation and sampling are central to his current work.

I seek to interrogate the gravity of the contemporary that evolves from this way of thinking. My works exist at the border of painting and readymade, they reject securities, because to me, the moment of doubt that lies in every new try is their core. “