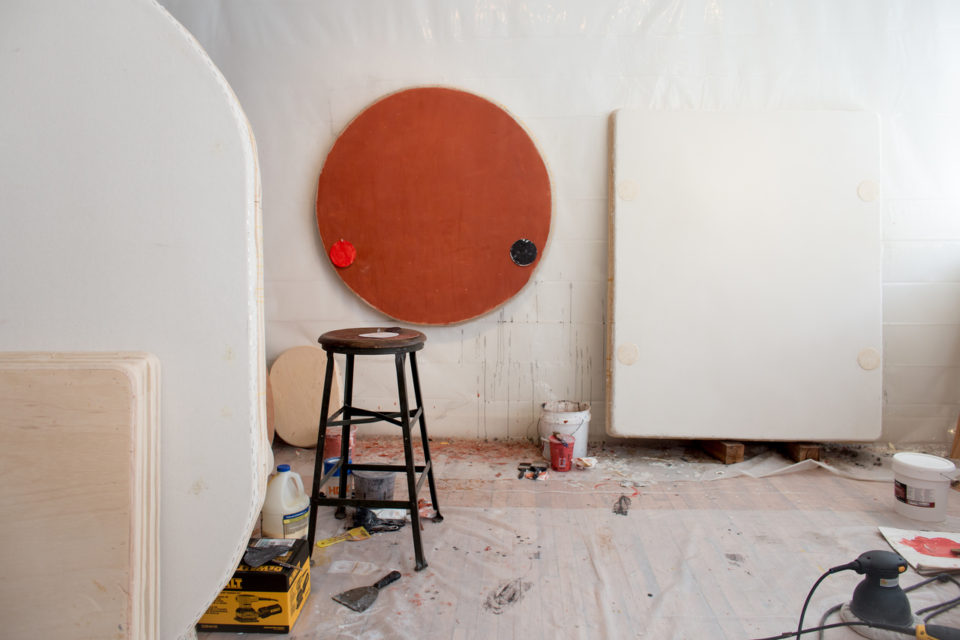 And while the viewer may initially respond to the physicality of his work, Jones also conveys a deep sense of spirituality within each painted surface. The physicality of the work is paramount for Jones. Works that at first glance may seem spare are, in fact, intensely physical. Jones uses part instinct and part experience as he works and reworks his surfaces, continually adding and subtracting. However, there is nothing artificial about Jones’ choice of colors. They embody each canvas as if they were grown there. Despite the labor-intensive process, Jones’ works have such a natural quality that lingering fingerprints serve as evidence of hand. They remain as the truthful byproduct of handling, a signal that Jones does not want to be too precious about his work.

While Jones’ works have remained fundamentally consistent throughout his career, they continue to evolve. Jones is not interested in continually trying to say new things, rather he seeks out the best ways in which to convey one idea. b. 1946 Galveston, TX
lives and works in Dallas, TX
EDUCATION

Link to Q&A with Otis Jones on Copenhagen Contemporary